Betting on esports isn’t just limited to picking which team is going to win a specific map or series. Different book makers will offer different lines on all sorts of things, offering action that offers varying levels of risk and reward.

Each prominent esports title has its own set of markets, incorporating different aspects of the game in a way that can make every phase of the contest exciting. Dota 2 is no different as markets can be found for series, maps, and specific in-game moments.

Here are some of the most common side markets in Dota 2 and how to tackle them.

Over/Under, number of total maps played in a series

Different betting providers have different ways of approaching this.

For example, an over/under at 2.5 maps on a best-of-three series. Bettors that choose the under bet will win if the series ends with a 2-0 score in either direction. The over bet will be successful if the series goes to the full three maps.

These can be approached in different ways and offer varying levels of risk and reward.

Hand in hand with bets surrounding the number of maps played in a series are picks regarding how many maps are won by one of the teams involved. Depending on the betting provider, these can be offered in over/under fashion or in a more straightforward fashion of just picking the exact number of maps a team wins during the series.

The dynamics of over/under bets work the same as they do for total maps played, just with greater specificity regarding which team ends up winning those games and larger possible payouts as a result.

Alongside this are bets regarding the specific number of maps won by a team during a series. Picking a team to win two maps in a best-of-three, or three in a best-of-five, will pay the same as a straightforward bet on them to win. Picking how many games a team wins in a loss, however, can yield some strong returns when correct.

The last way that these bets can be displayed are in the final score of a series. These bets are functionally the same as picking a specific number of games won by a team, but are presented in a more straightforward way.

Once again, these bets offer significantly stronger payouts when correct due to the greater risk involved than in other bets.

The lines for each individual game will likely resemble those of the overall series, but adjusted slightly.

Team that scores first blood on a map

First blood in Dota 2 is achieved when a player scores the first kill of the map on an opposing hero and reaps a greater reward for the kill as a result. This does not necessarily mean the first time a player is killed however, as players can deny opponents the first blood bonuses in a few different ways.

will often offer lines on which team will score first blood on a specific map. These lines are typically the same across each map in a series, with no movement regardless of whether it’s game one or game five.

Depending on the state of the Dota 2 metagame, first blood may not be worth very much which gives teams little incentive to pursue it as a result. This can see first blood being drawn later on as part of a larger skirmish.

This results in odds being fairly close to a coin toss, but skewed slightly in the direction of the favored team.

Odd or even kill total in a map or series

Picking the team that draws first blood is typically a pick’em, but the definitive Dota 2 bet with 50-50 odds is picking odds or evens on the total kill count. These markets are offered by most bookies with odds that are close to even, albeit with a slight favoritism skewed towards the house. These bets are offered for individual maps  as well as for the series as a whole.

There is no real rhyme or reason to picking where the total will land and as such, this a bet decided largely by chance.

Roshan kills on a map

Roshan is a massive monster that lives in a cave along the river of the Dota 2 map. Both teams have the opportunity to kill him for a boost of gold and XP, as well as the Aegis of the Immortal, that resurrects the holder upon death, and other items. Roshan is oftentimes killed to set up a game-ending offensive, but he disappears from the map after being killed for an extended period of time.

He’s a high value target and different bookies make him a part of the action in different ways.

Some will offer an over/under on how many times Roshan is killed during a map, with the most common line being 1.5. Others will offer bets on which team will be the first to kill Roshan during a map.

Because Roshan typically accompanies an endgame push, lines related to who kills him often resemble those of the series winner. On the flipside, lines on how many times Roshan will be killed can be tough to pin down depending on the state of Dota 2’s metagame.

The average length of a Dota 2 game has shifted many times over the years and that directly impacts how many times Roshan is killed on average during a map. This can see the market related to Roshan kills pulled entirely after large patches but there can be value there when it is available. 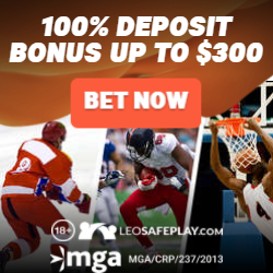